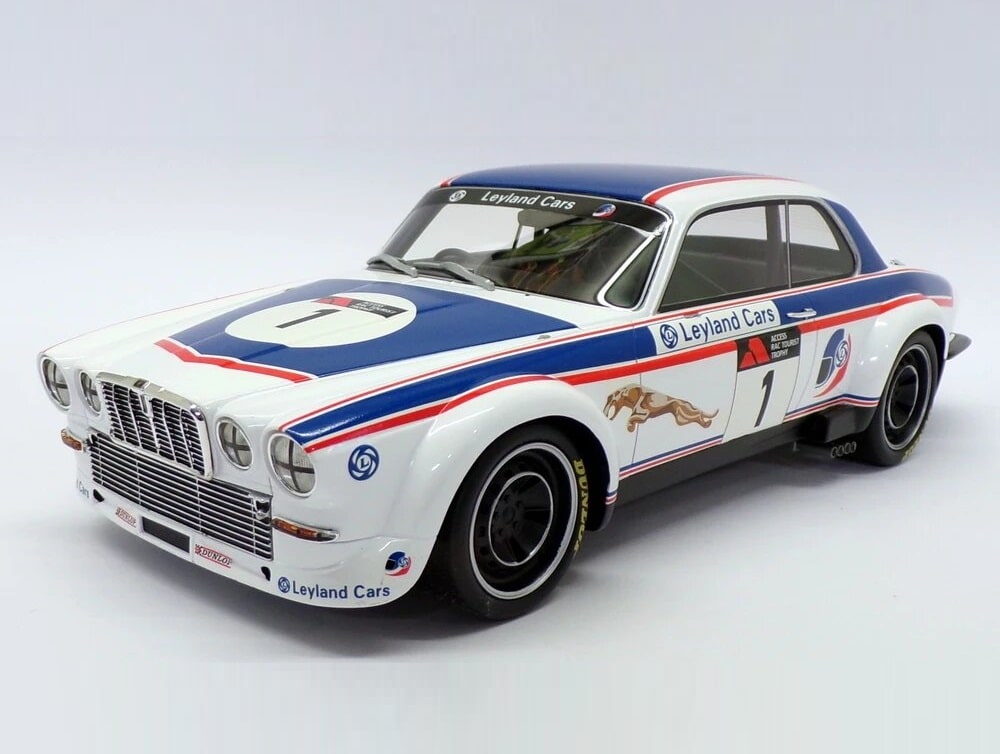 As sales of the Jaguar were declining in the mid-seventies, Leyland Cars took a decision in 1976 through an official announcement that they will re-enter competitive car racing as they discovered that other makers who participated in races such as the ETCC (European Touring Car Championship) had better sales figures. Leyland announced that they will enter two Jaguar cars for the upcoming races and decided to engage a Birmingham automotive tuning specialist, Broadspeed Engineering. Four cars were handed over to be prepared.

What was more unique though, was an idea from driver Andy Rouse i.e. a special three pipe exhaust system that merged into one and appeared on both sides of the car thus giving it an distinct Jaguar 'roar'.

The two cars to be driven by Derek Bell/David Hobbs and Andy Rouse/Steve Thompson had the livery with the colours of the British flag – blue, red and white.

Since the XJ was a very heavy car, the Broadspeed team removed most of the interior fittings and panels and reinforced it with an modified roll cage. On the outside, they provided the car with flared wheel arches to accommodate the 16” alloy wheels. Classified under Group 2, these cars participated in various European races during 1976-1977.

Though these Jaguar’s didn’t win any race, it did set a record for the fastest lap time at the Silverstone racing circuit on 19th September, 1976 with drivers Derek Bell and David Hobbs on the steering.

This detailed scale model has been produced in limited quantities and is an exact rendition of the original car.