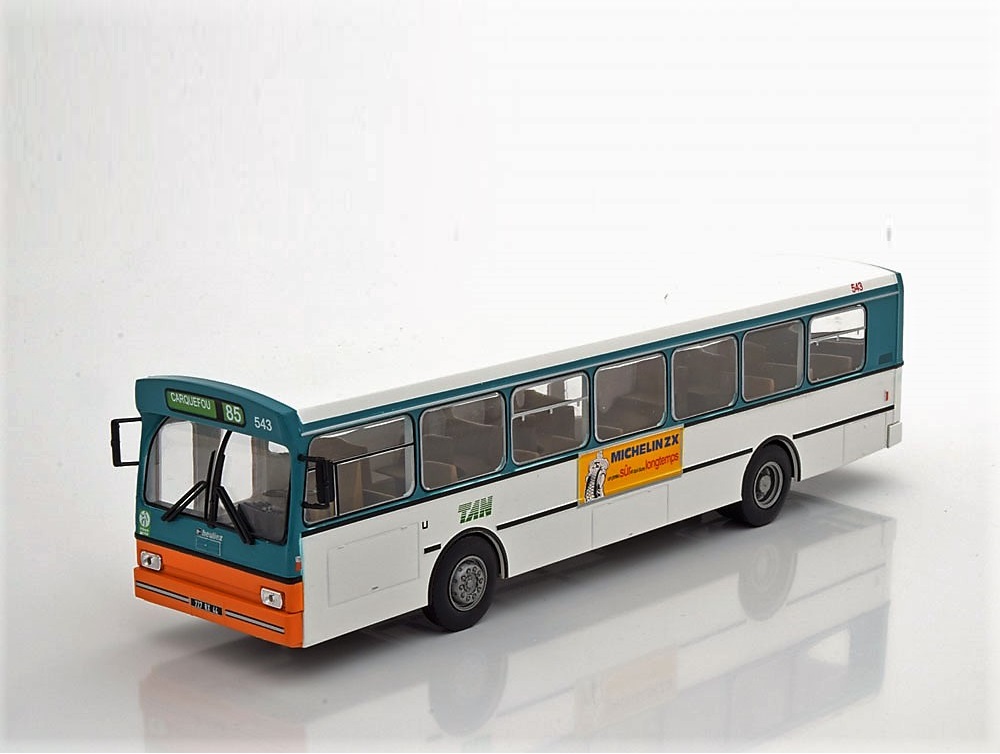 Heuliez, a firm from France collaborated with other bus makers such as Mercedes-Benz and Renault for producing buses locally. But what caught the attention of the French public was this model from Mercedes called the O305.  The decision to produce these was because of an order from Socialist politician Alain Chenard, the then Mayor of Nantes (West France) for having effective transportation in the city.

A product of standardisation due to new regulations created by the BoV (Verband Offentlicher Verkehrsbetriebe or the Association of German Public Transports), the Mercedes-Benz O305 (launched during at the 1967 Auto Show) was a low floor bus. Originally meant to be a single-decker, they were later built as double-deckers.

The French made Heuliez O305 had a high roof, squared lamps (instead of the original round headlamps), differently designed bumpers and a 210 HP horizontal in-line diesel engine that was at the rear. This bus that was 11 metre in length came in two variants - 2-door and 3-door and could carry up to 100 passengers. About 625 were produced between 1975 to 1984.

This metal scale model is an exact rendition of the bus no. 85 that used to ply between Nantes and Carquefou, a small town in the state of Loire-Atlantique, France.