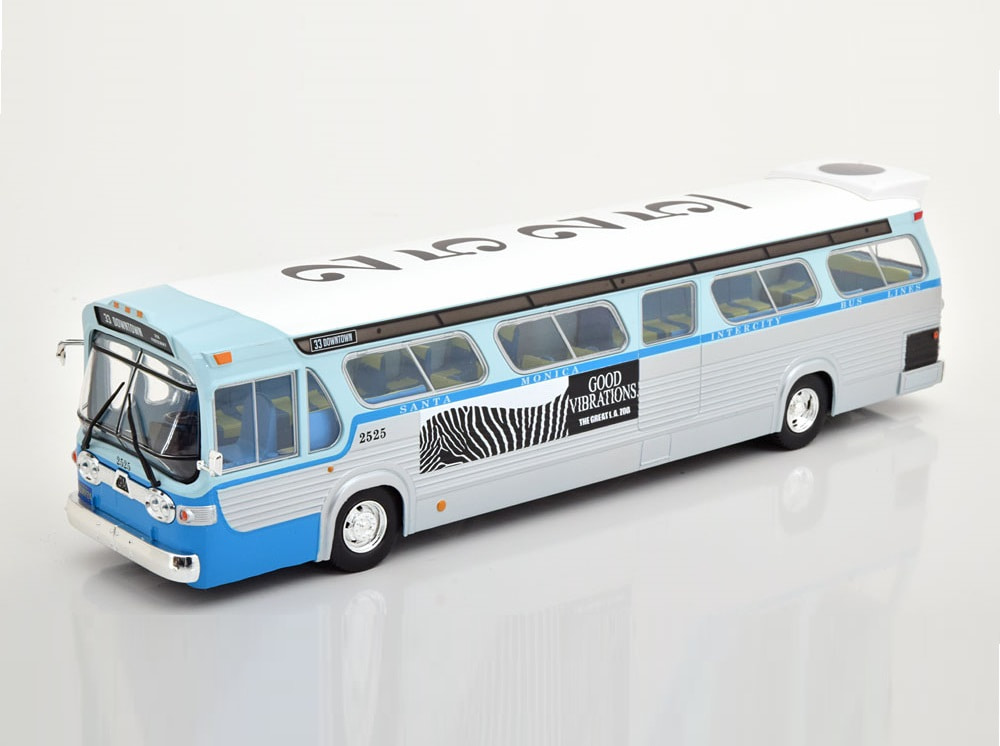 Because of her six expansive multi-angled side windows that gave a wide view of the outside (akin to an aquarium) these General Motors (GM) buses  were nicknamed Fishbowl.

Another name that these new-gen buses acquired was ‘New Look’ as these buses were devoid of any wooden flooring, riveted aluminium body, etc. which was present in the earlier designed buses.

The bus had quad headlamps that were housed inside an oval shaped fixture giving it a signature look. The bus was powered by Detroit Diesel 71 series engines. Over 45,000 of these buses were made and sold in USA and Canada (11,000 units were sold) until 1979.

This scale model in metal is an exact rendition of the bus that featured as the main subject of the 1994 Hollywood blockbuster Speed in which a passenger bus on route 2525 (Los Angeles) was rigged with explosives and would explode if the speed of bus fell below 50 mph (80 km/hr).

For the movie, eleven identical buses were prepared and used. One bus was used for high-speed chase, two buses were blown up, one bus was sheared in to half for inside bus-shots, etc.