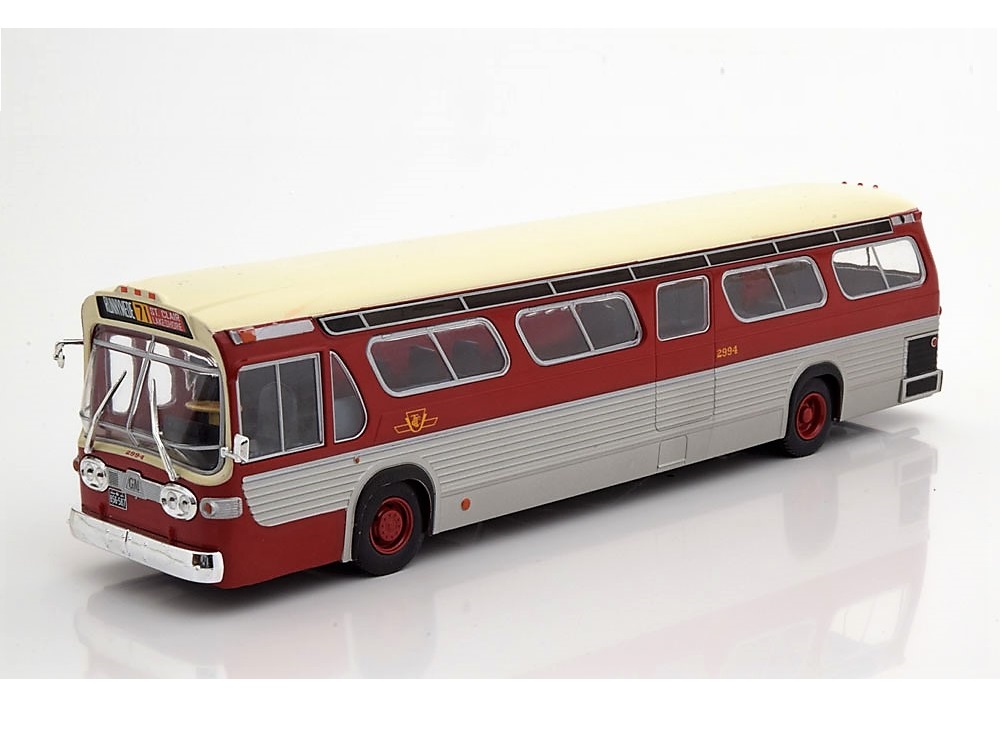 Because of her six expansive multi-angled side windows that gave a wide view of the outside (akin to an aquarium) these General Motors (GM) buses (Model TDH 5301, which stood for T = Transit Bus Model, D = Diesel, H = Hydraulic Transmission, 53 = 53 passenger capacity, 01 = serial production number) were nick-named Fishbowl.

Another name that these new-gen buses acquired was ‘New Look’ as these buses were devoid of any wooden flooring, riveted aluminium body, etc. which was present in the earlier designed buses.

The bus had quad headlamps that were housed inside an oval shaped fixture giving it a signature look. The bus was powered by Detroit Diesel 71 series engines. Over 45,000 of these buses were made and sold in USA and Canada (11,000 units were sold) until 1979.

This scale model in metal and scale 1:43 is an exact rendition of a route called 71 that ran from St. Clair to the western side of Toronto’s downtown called Runnymede.

One Piece Steel Base

One Piece Steel Base

Best Lighting For Wo

Rage Against The Mac