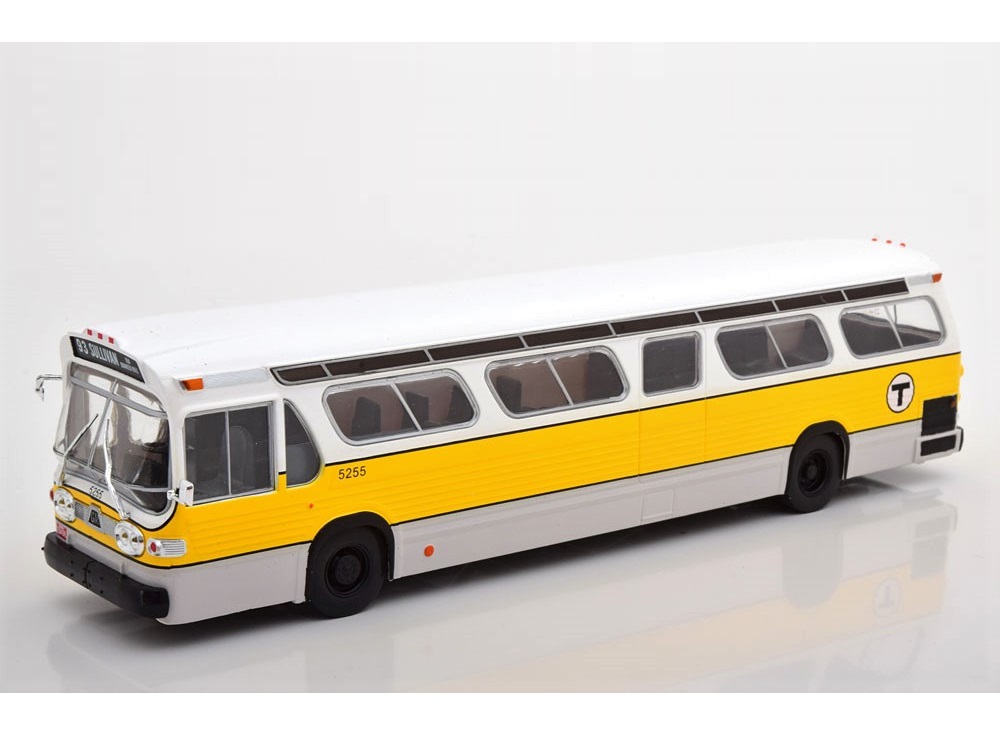 Because of her six expansive multi-angled side windows that gave a wide view of the outside (akin to an aquarium) these General Motors (GM) buses (Model TDH 5301, which stood for T = Transit Bus Model, D = Diesel, H = Hydraulic Transmission, 53 = 53 passenger capacity, 01 = serial production number) were nick-named Fishbowl.

Another name that these new-gen buses acquired was ‘New Look’ as these buses were devoid of any wooden flooring, riveted aluminium body, etc. that used to be present in earlier designed buses.

The bus had quad headlamps that were housed inside an oval-shaped fixture giving it a signature look. The bus was powered by a Detroit Diesel 71 series engines. Over 45,000 of these buses were made and sold in USA and Canada (11,000 units were sold) until 1979.

Founded in 1964 as Massachusetts Bay Transportation Authority (MBTA), the primary role was to provide bus services to the city of Greater Boston and her suburbs.

This scale model in metal is an exact replica of the bus that was used in Boston.