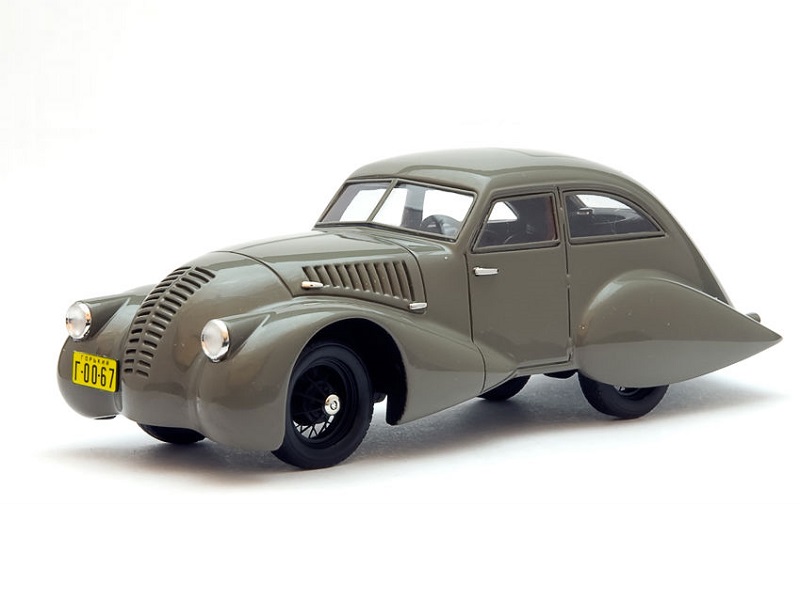 Alex Nikitin was a young design engineer employed with the Gorkovsky Avtomobilny Zavod (GAZ) factory when an announcement was made by the Red Army to create vehicles that should not only have durability, but also have flawless design. Nikitin who was already a fan of aerodynamics, immediately took the opportunity to create a car that would not only have lower running costs but also imbibe principles of streamline.

He started work on the A-Aero in 1932. Based on a GAZ - A (Ford Model A) chassis, this new car was built on a wooden frame covered with steel panels. The windscreen was kept at a 45° angle, while it's streamlined fenders and rear wheels were kept enclosed. At the rear, the body swooped to the bottom allowing air to be channelised down.

To cut down wind resistance, Nikitin even avoided the use of front/back bumpers, spare wheel attachment, etc. All this helped Nikitin to keep the drag co-efficient or Cx to as low as 0.175. The GAZ - A 3.3 litre engine was also modified by providing aluminium cylinder head. This increased the power output to 48 hp, instead of the 39 hp from the original engine. All the above improvements did stun his bosses.

Only one was built since GAZ and other automobile firms had other models that were meant for the general public.