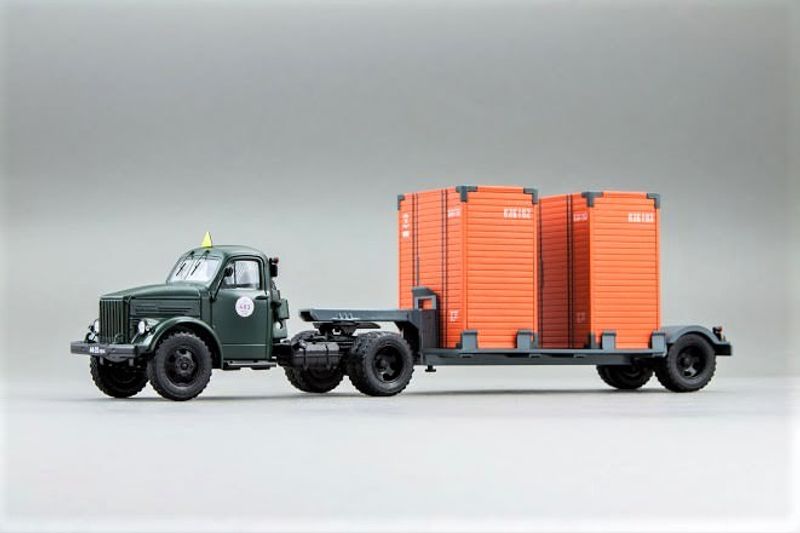 In the early 50’s when large consignments had to be moved with wares that ranged from agricultural implements to engineering goods and food grains across large distances inside the Soviet Union there was only one option and that was to transport by its huge railway network. There was no other way to deliver goods to more inaccessible areas.

In 1951 when Nikita Khrushchev was the Commissar of the city of Moscow, he organised the first centralized logistics program that enabled government controlled firm Glavmosavtotrans to handle all trucking needs for distances that were 30 kms beyond the Moscow City Centre. Glavmosavtotrans was then headed by Iosif Goberman who was visionary (his organisation by 1965 moved 70% of the country's cargo and employed nearly 100,000 persons). Such massive transportation of goods needed special vehicles.

Automobile firm GAZ (Gorkovsky Avtomobilny Zavod) steps in and introduces their semi-trailer truck GAZ 51P to the management of Glavmosavtotrans. The logistics firm accepts the proposal and what begins is a long history of this model that would be seen across the entire Soviet Union with 11 time zones. This model was produced for nearly 20 years.

The way these semi-trailers (Type 213) were designed specifically for containers is interesting – the low frame design was to transport just 2 containers each weighing 5 tons and these were placed on the platform farthest from each other (with minimum distance of 80 cm between both). These containers were then secured with cables that had a core diameter of 10 mm. All these features helped in unloading goods quickly as the semi-trailer didn’t have to be detached from the tractor truck therefore having a quicker turnover time which is an essential element in logistics.

Not just did this design save time but this design also helped the truck tractor to have greater manoeuvrability, lower centre of gravity (that avoids turning over), passage under bridges or railway lines, getting inside smaller warehouses, etc.