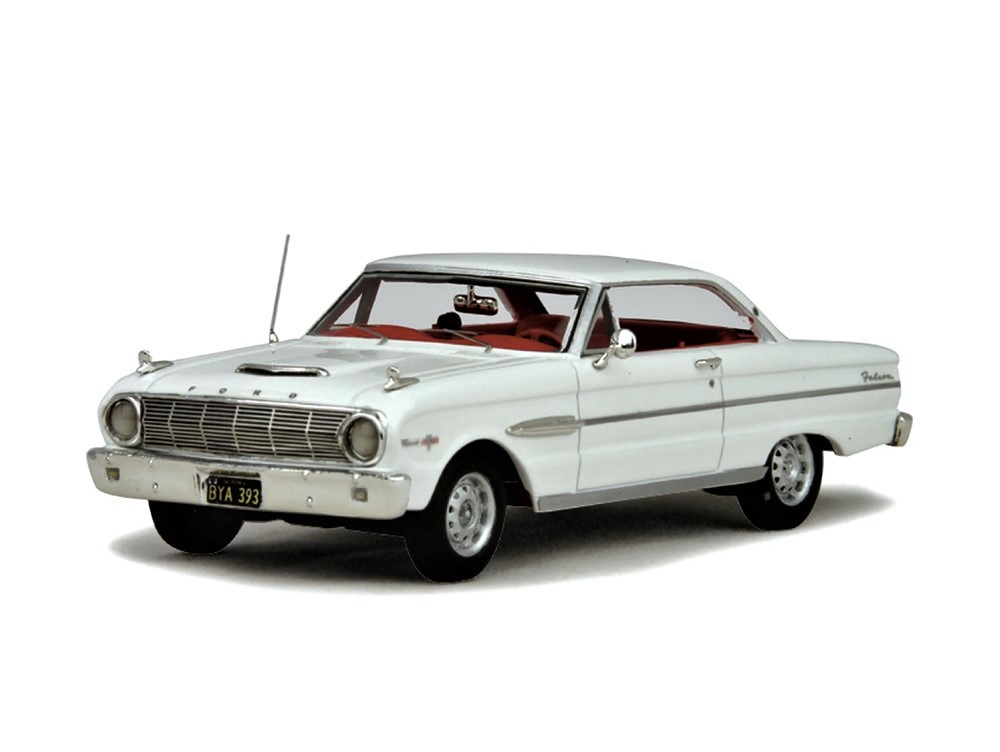 First launched in 1960, the Ford made Falcon Sprint was very popular not only in USA but world wide. Known by several names such as Ford Falcon Ranchero, Mercury Comet, Ford Frontenac, Ford Falcon Van, Ford XK Falcon, Ford XL Falcon, the car was produced in six countries (USA, Australia, Argentina, Canada, Chile and Mexico). Because of it’s popularity the car was also made in several variants – 2 and 4-door sedan, 3 and 5-door station wagon, hardtop, convertible and coupe.

Powered by a 2.4 litre engine, this car could easily six adults.

Created by Sergio Goldvarg, a Guinness Book of Record holder, each scale model is highly detailed and only 150-230 pieces are created. There will be no re-run production of this model.