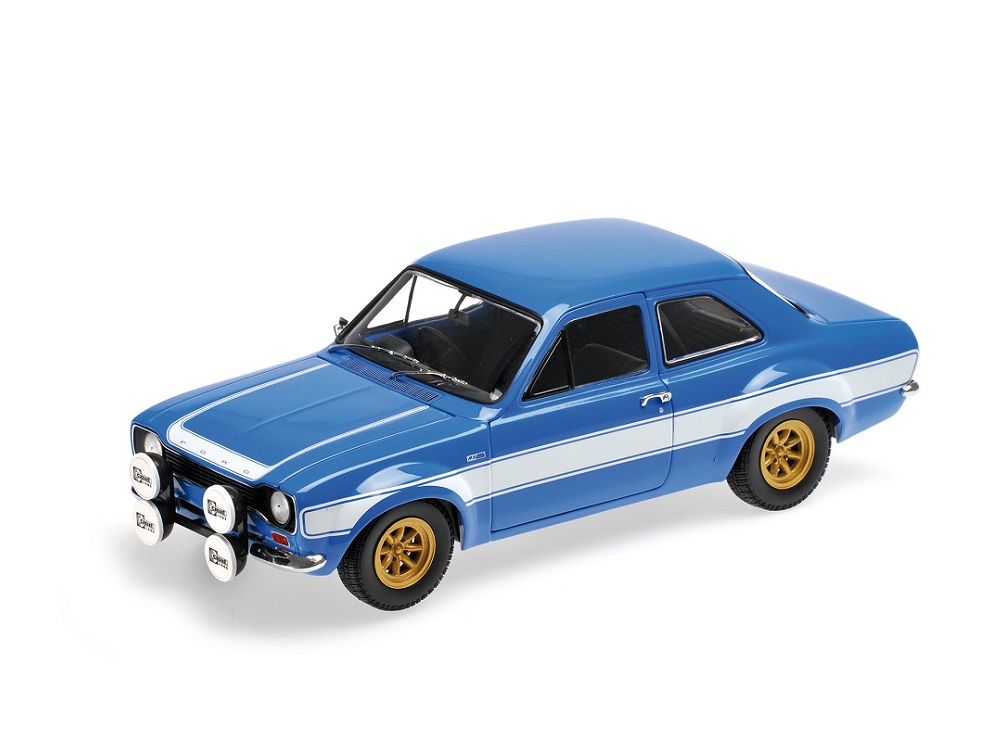 A car produced by Ford’s European operations, the Ford Escort RS 1600 is part of the legendary Ford Escort model and first rolled out in 1968.

This model variant was developed for specifically for racing and used a 1.6 litre Cosworth BDA^ engine having 230 hp power output. The car weighed around 950 kg.

This metal model is their first generation Mark 1 (Mk1). Only 504 pieces have been produced.