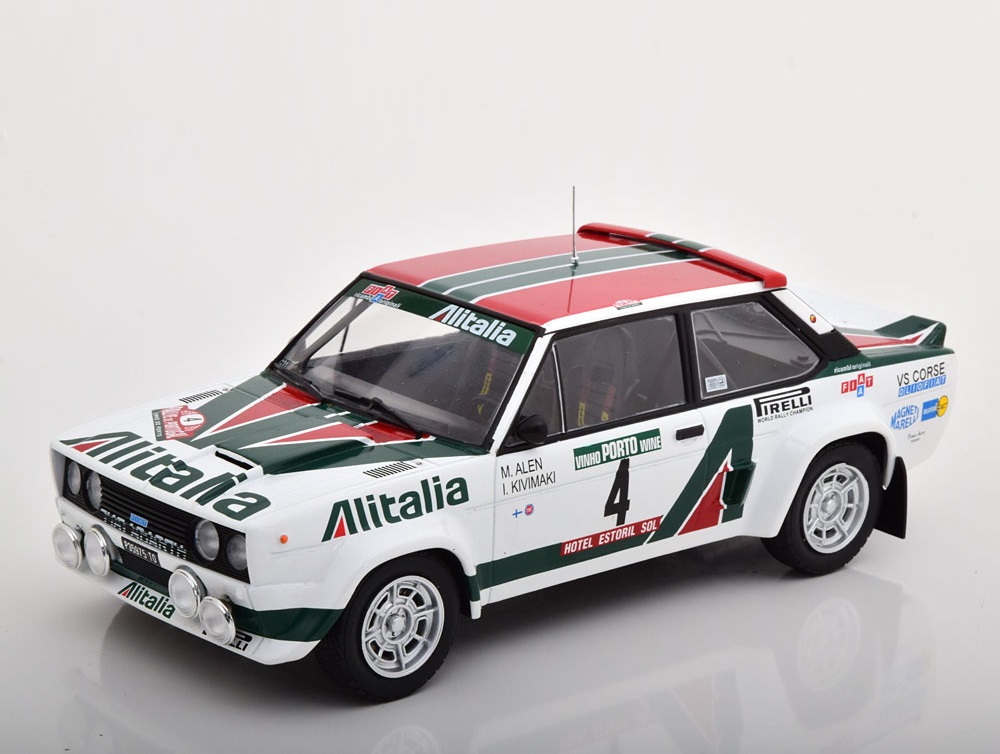 A joint venture between FIAT, Abarth (FIAT’s car racing division) and the design house Bertone, the FIAT 131 Abarth is the racing version that derived from the 1974 family sedan FIAT 131.  One of the chief reasons to bring out this car was Ford Escort’s popularity in winning most of the car races, those days.

Developed in 1976, the 400 racing cars produced were 2-door cars that were fitted with lightweight fibreglass bonnet, boot, bumpers, etc. The only part of the body that was in metal, was the structural frame and the roof and so riveting was used extensively. Wide fenders to accommodate large size Pirelli tyres were given and so was a rear-wing provided counter downforce. Independent suspension on rear wheels, McPherson struts, anti-roll over bar, etc. were standard fittings.

Under the bonnet was a specially developed Abarth engine that was a 2-litre, 4-cylinder engine giving a power output of 240 hp.

One of the most desirable "winning" collectible for racing fans.