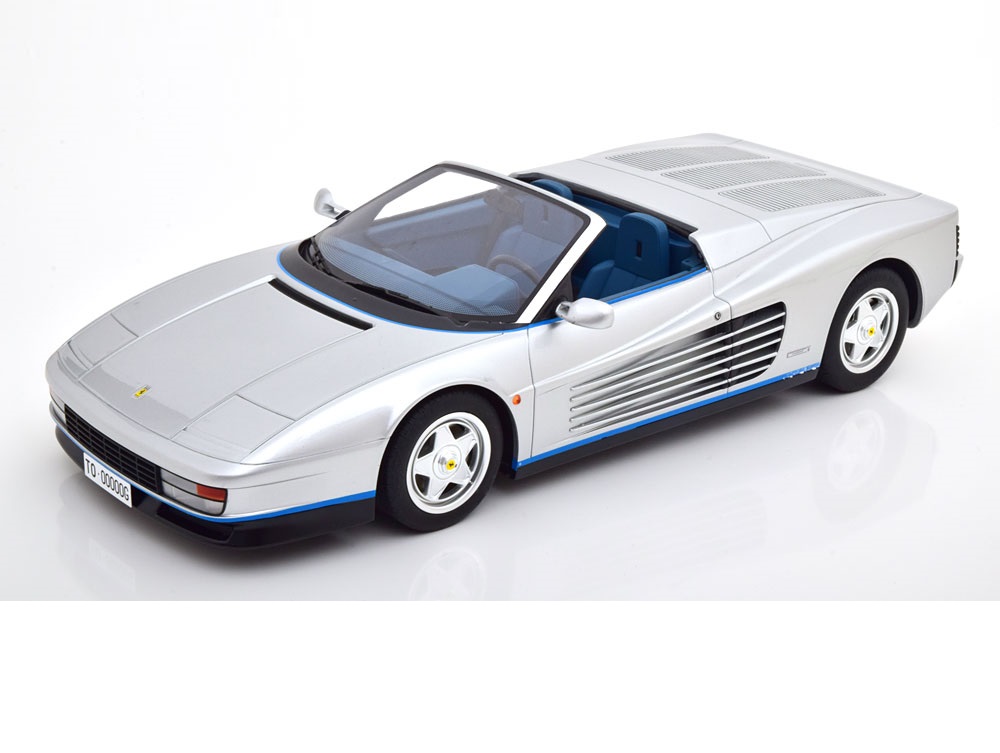 Ferrari wanted to pay a tribute to Gianni Agnelli, the owner of FIAT, for taking 50% of the shares in Ferrari as well as to celebrate his 20th year as FIAT’s Group’s Chairman. So Ferrari decided to build a custom-built Ferrari that would not only be unique, but Ferrari also decided to move away from some of its basic principles.

This new car based on the Testarossa Spider, that took four months to be built, also took special notice of Agnelli’s leg* that he had badly injured several years back. For this, Ferrari approached clutch specialists Valeo, who designed a clutch system that would assist in changing the gear only at the touch of a push-button located on the steering.

Unlike the usual Ferraris that are painted in red and yellow, a special silver paint was applied. Silver’s periodic table initials for silver is Ag, which also signifies the initials of Gianni Agnelli. Being a one-off, the Ferrari logo was also special as it was cast in pure silver.

* in the early fifties, Agnelli had a torrid one-year affair with Pamela Churchill (wife of Winston Churchill’s son), and once, after a heated argument following a tryst, Agnelli drove his car at nearly 250 km/hr and crashed into a truck, which permanently damaged his right leg.