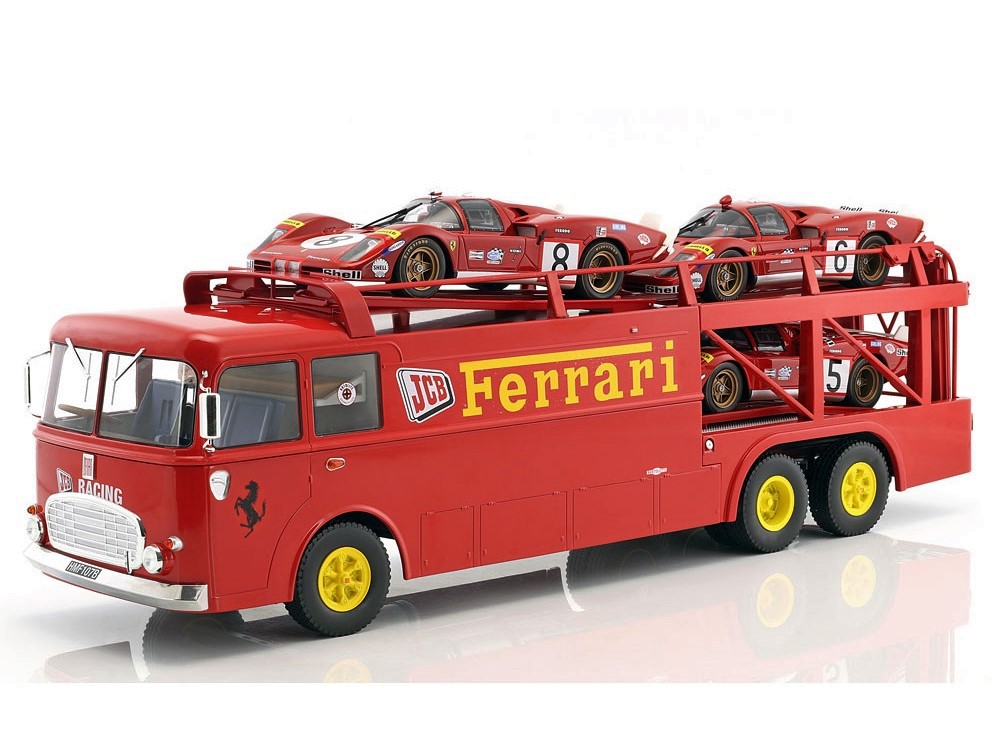 Car maker Maserati purchased the bus chassis of FIAT 306/2 model (built by FIAT Veicoli Industriali) and commissioned Italian bus coachbuilding specialist Bartoletti to build a transporter to carry its cars for racing. First launched in 1956 as FIAT 306, its newer version was called the FIAT 306/2.

Maserati’s basic idea was to transport three cars along with some small space for carrying work tools and ferrying team members. The same was delivered by Bartoletti in 1957.

This new transporter turned out to be lucky for the Maserati team as this vehicle carried Argentinian driver Juan Manuel Fangio’s Maserati 250F to win the Grand Prix title. Maserati sold the same next year after their Management decided to scale down their racing operations. The transporter was sold to RAI (Reventlow Automobiles Inc.) in 1958 to transport lightweight Scarab’s.

In 1962, this transporter was again sold to American Caroll Shelby to transport their Ford Shelby Cobra Daytona Coupé's in European racing championships such as Le Mans. But because the Cobra's were heavy, the transporter was modified to have the third axle.

After Shelby, the transporter was sold to Lotus before being purchased by the Alan Mann Racing Team whom Ford had entrusted to race their Shelby Cobra’s. The team did not let the Ford Motor Company down and they won few races.

The transporter once again got sold to another English investor who rented out the same to Steve McQueen’s Solar Productions. The same got subsequently sold to John Woolfe Racing Team followed by David Piper Racing Team. JCB Racing Team purchased this later to transport their Ferrari’s.