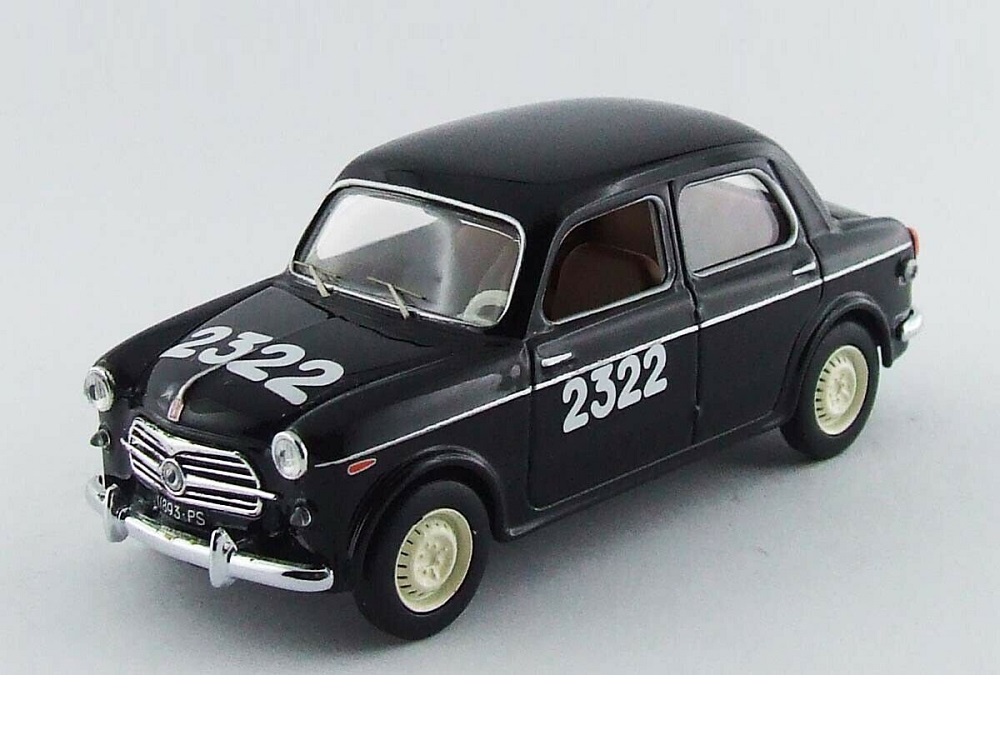 The FIAT 1100 was a small family car that was launched in Italy in 1953. The most distinguishing feature of the variant FIAT 1100/103 was the doors that were hinged on the central pillar (also known as suicide doors). Its actual name was the FIAT Nuova 1100.

The car had two variants, one was called the Millicento, and the other, Elegant (with a third centre light on the front grille). They were also produced in India, in the Premier Automobiles factory (PAL) in Kurla, Mumbai.

This scale model is a rendition of the one with #2322 that participated in the 22nd edition of the Mille Miglia, an event that was held on May 1st, 1955. Driving this car with registration no. 11893-PS were P. Tagliani and Francesco de Angelis who could not finish the race due to some engine problems. This race was won by Stirling Moss/Denis Jenkinson in their Mercedes-Benz 300 SLR. In the second spot was the legendary Argentinian driver, Juan Manuel Fangio also driving, a 300 SLR.

This product is MADE IN ITALY.