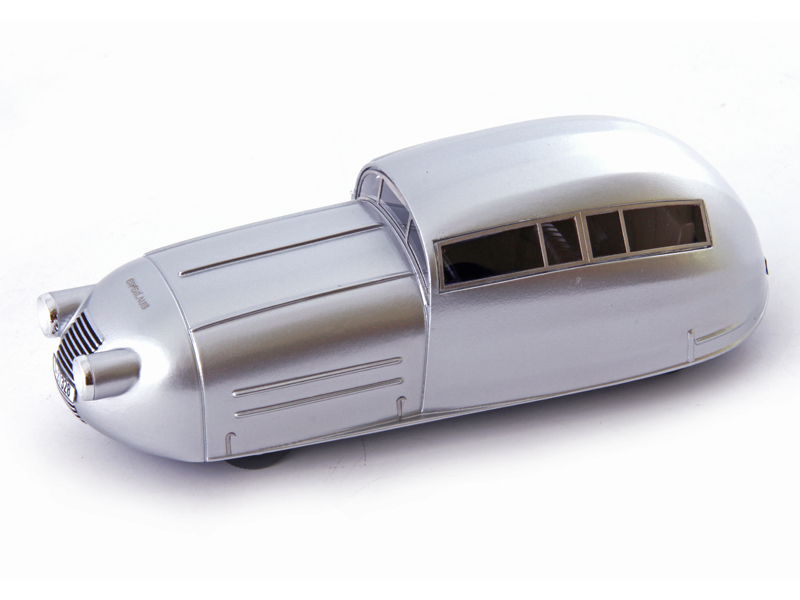 Gottlob Espenlaub, or "Espe", was an inventor who specialised in early types of aircraft, specifically gliders and rocket propulsion systems designed for them. He invented a number of different aircraft, focusing on tailless designs. Espenlaub co-founded the practice of aerotowing.

Even if no technical documentation or other records of the car have been preserved, it can be assumed that he combined light metal construction with elements of sailplane construction. The contours of a very bulbous, rounded body, which enclosed all four wheels, became apparent. Due to allowing sufficient steering lock, the car was much wider than conventional automobiles. Because of its substructure, it was not possible to add stylistic refinements to the shape of the vehicle. For this reason, the design was very clunky and looked like a bizarre vehicle from a long forgotten time. The greenhouse of the car, with its low, three-part windscreen, was stabilized with struts.

Due to the need to ensure enough stability for the entire car body, the 28-year-old Gottlob Espenlaub decided to install only one door. On the right side, the passengers entered the car. A classic feature of an automobile could be found at the front end – due to the air supply of the Wanderer engine, it had a radiator grille with a lamellar design fitted. Right next to it, he positioned both headlights.