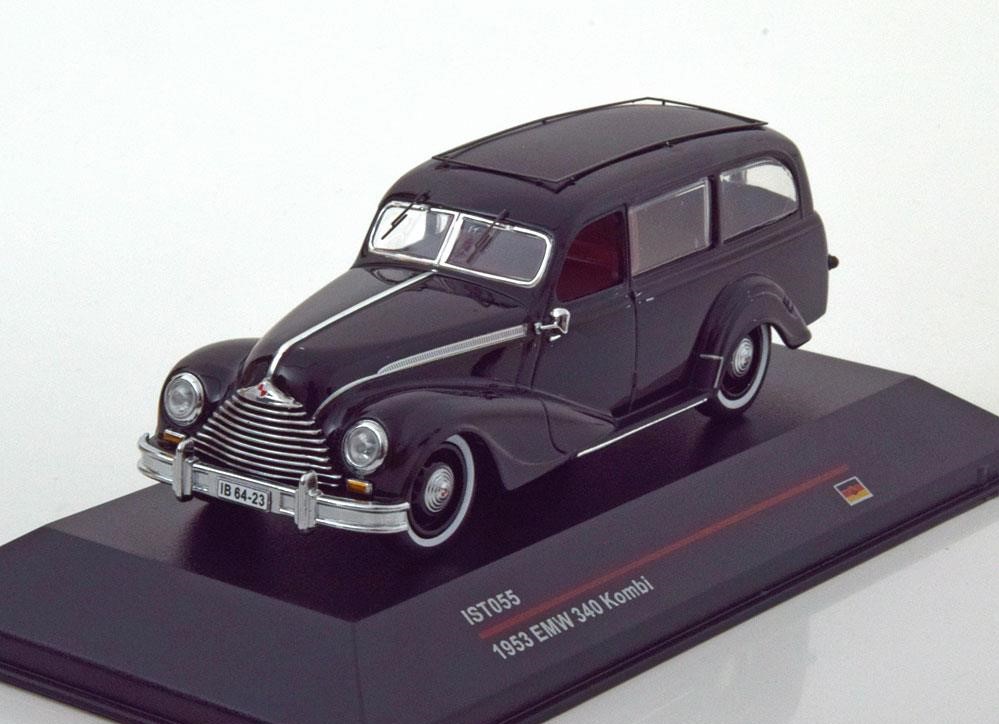 The EMW 340 was the re-christened BMW 340 and was a large 6 cylinder, 4 door passenger saloon produced in Germany.

Essentially a BMW 326 that was modified and improvised in 1948, its story is little interesting - after the Americans occupied the town in 1945, due to post-war adjustments this plant located in Eisenhach was supposed to be under the Soviets and so few cars were test driven in the presence of Marshal Georgy Konstantinovich Zhukov who was the General.

The Soviet's first order were for five cars. There was also a constant fear as well as rumour that BMW had that their entire plant might get shifted to the Soviet Union post war. However there was a sense of relief when the first order was received for 2000 cars and the plant was saved.