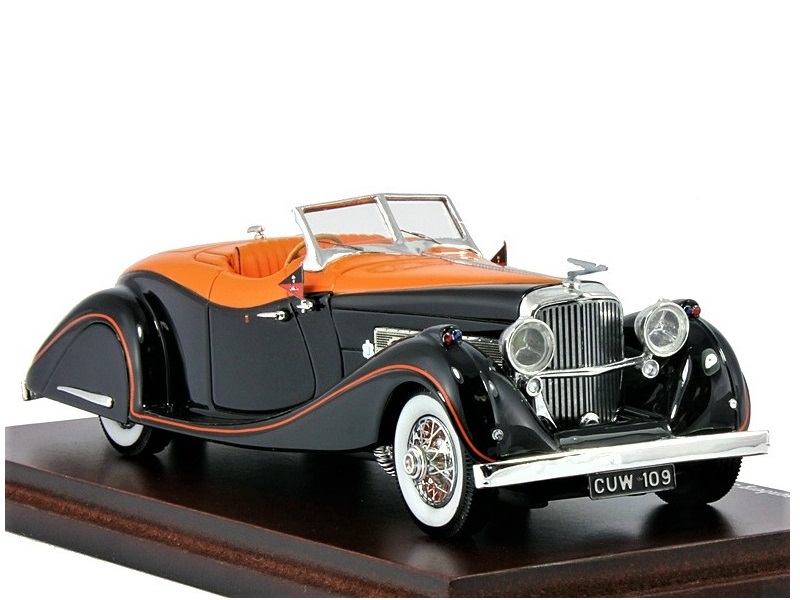 Built as a speedster-roadster, under the bonnet was a J-585 Duesenberg 420 cubic inch straight-eight 320 HP engine with twin overhead cams and could run up to 200 km/hr. This car had two fuel tanks, chrome bumpers, fold-down steps for easy entry/exit, etc. Exquisite leather was used on seats and red/blue lights were affixed on the front fender to indicate if the King or the Queen was travelling. Though lots of of aluminium was used to keep the car light in weight, yet it weighed 2.5 tons.

Soon after it was built, it was shipped directly to USA to the Maharaja's California estate as the Maharaja feared losing his car to Imperial Japan as there were rumours of Japan invading India. When this did not take place, the car was shipped to India via Singapore.

A rare collectible that will gather value with time.