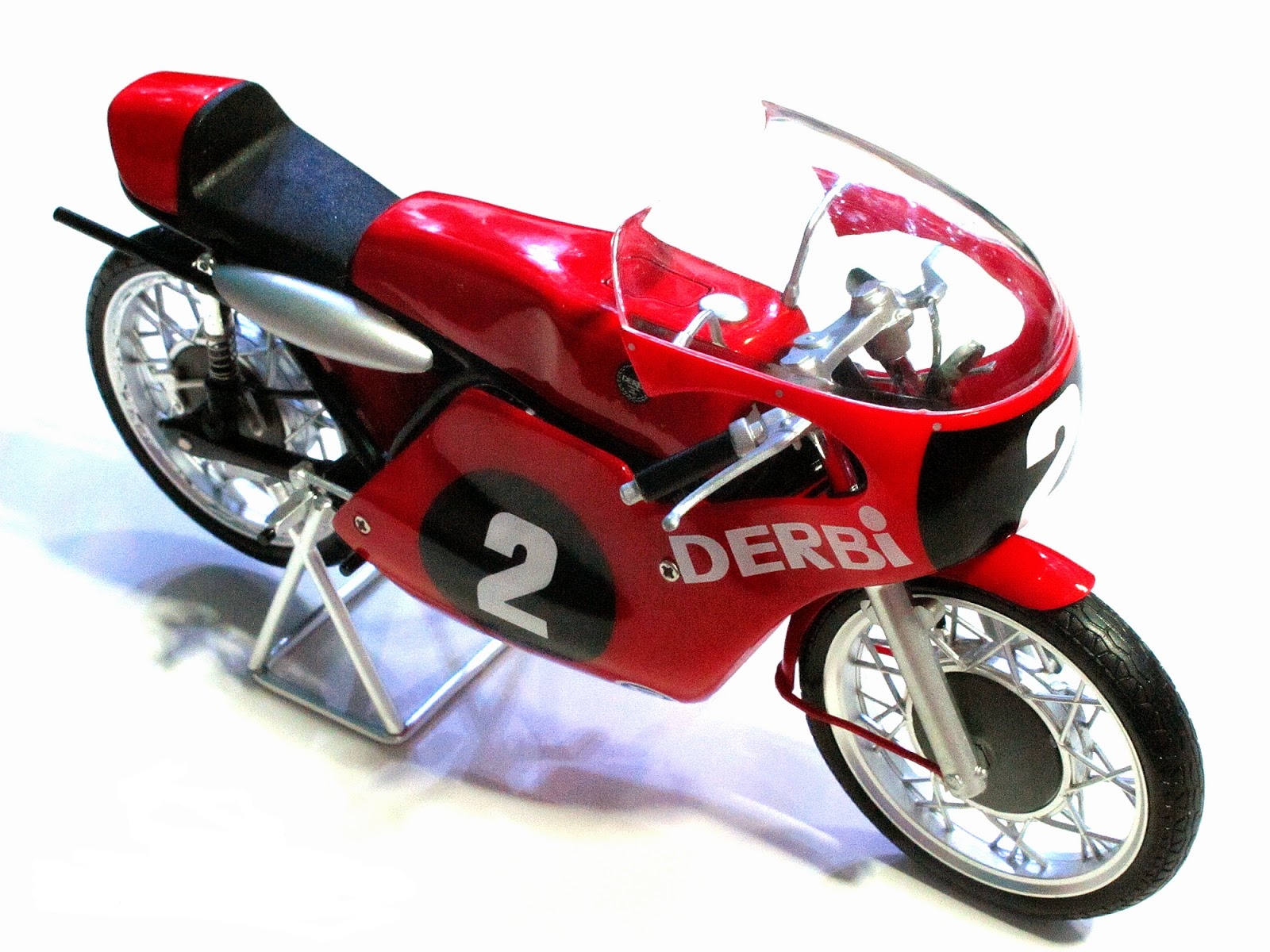 Angel Nieto was a Spanish Grand Prix motorcycle racer. He is considered to be one of the most accomplished motorcycle racers in the history of the sport, winning 13 World Championships and 90 Grand Prix victories in a racing career that spanned 23 years starting from 1964.

With a total of 90 GP wins, Angel Nieto stands behind Giacomo Agostini (who had 122 wins), and Valentino Rossi (with 115 wins). This vintage 50cc racer from the Spanish Derbi factory with just 15hp, could go up to 200 km/hr on the track.

The Derbi company decided to have a Angel Nieto Replica in honour of Spain's greatest motorcycle racer. The motor is a disc valve single that peaked at 15,000 RPM and was equipped with a Mahle piston and 24mm IRZ carburettor. It had a 6 speed gearbox.

On superstitious Angel Nieto's request a spare spark plug with a matching wrench was provided with every bike as he didn't want bike lovers to be stranded in the middle of a long trip. His superstitious beliefs didn't just end here. He termed his 13 world championship wins as 12+1 wins.

Sadly he passed away on 3rd August, 2017 after meeting with a quad bike accident on 23rd July when he was hit by a speeding car. He was 70.