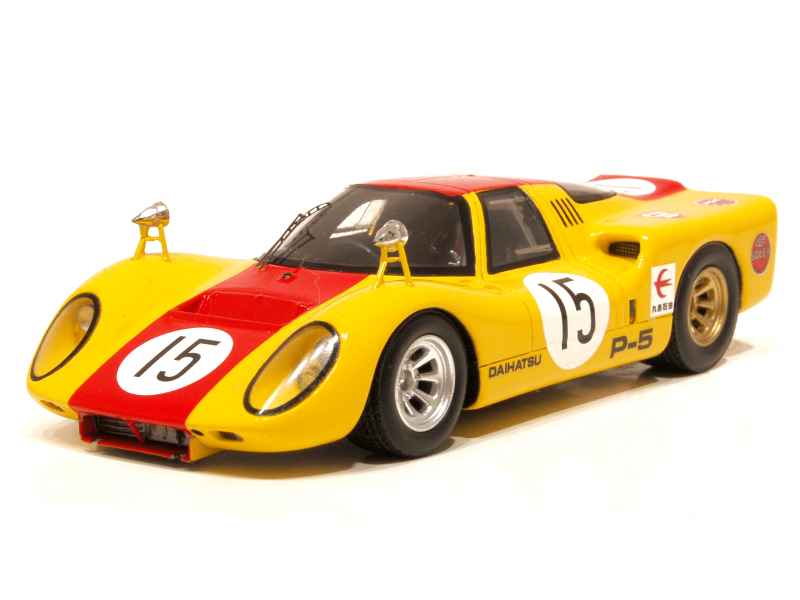 After Daihatsu’s first success in 1966 with the Daihatsu P3, Daihatsu (now partially owned by Toyota) decided to modify the P3’s 1.3-litre engine further. The modified car engine model with a new fibreglass body model was labelled Daihatsu P5*. With a Hewland MK-IV, 5-speed manual transmission (the same used on a Lotus 32), this car with "gullwing" doors had a rear-engine that would easily do 250 km/hr.

Four cars were built to be raced at the Japan Grand Prix in 1967. This time, the Porsche 906 joined the Prince (Nissan) R380 and the Toyota 2000 GT. That year, the cars didn't do too well, and thus Daihatsu prepared for the next event.

At the 5th edition of the Japan Grand Prix Car Race Meeting at Fuji on May 3rd, 1968, one of the cars, driven by Takao Yoshida, came in the 10th position after doing 70 laps. This race was won by Mito Kitano, who was driving a Nissan R381.

The Daihatsu P5, like the Daihatsu P3, also created public attention for taking on the might of more powerful cars such as the Toyota 2000 GT, Prince R380, Nissan R381 and the Porsche 906.