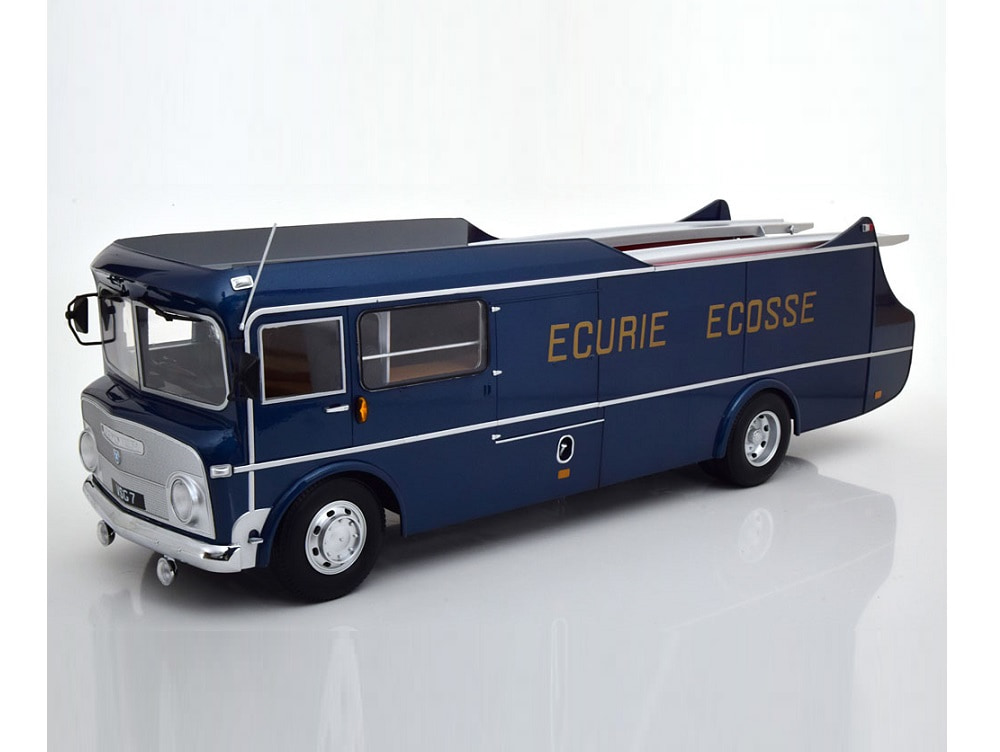 Scotsman David Murray was not just a racing driver but also had a garage and owned few wine shops that sold French wines. After his retirement from racing, he got involved in some serious discussions with two of his garage clients about having Scotland’s own racing team. Murray whose garage was being handled by Wilkie Wilkinson would provide all the technical inputs. Murray’s proposal that individual owners of cars can race under their Team, while leaving the technicalities and administration to the team management appeared appealing to both his other partners.

And because of his love for anything French, Murray coined the name “Ecurie Ecosse” that meant ‘Scotland’s stable’. Their sponsor, lubricant brand ESSO had a criteria though – they wanted all the cars driven under their sponsorship to be of the same make. And so their first three cars with drivers Bill Dobson, James Douglas and Ian Stewart purchased their own Jaguar XK120 cars.

For moving their cars inside Europe, they were dependent on external transporters. But once they tasted few victories, it was felt that they should have their own transporter for better logistics. So, the Director of a specialist truck builder called Walter Alexander and Co. stepped in to offer his services to design the new transporter. Soon, other local firms stepped in. Britain’s British Aluminium offered to supply aluminium at lower prices. The construction of the iconic transporter thus began in 1959.

Selecting the British made Commer model TS3, this transporter had two decks – the upper deck accomodated two cars while the lower deck could take one. On the lower deck was also a small 6 ft x 6 ft workshop space with area to carry essential mechanical parts. It took the entire team of 10 full months before it saw debut on 29th May, 1960. That venue was the Charterhall Airfield Circuit in Berwickshire.

In our existence, there are a lot of diverse situations, when cash solve all issues. If you are a undergraduate, it will be very hard to find the best loan office, where you can get a loan. Give your chance and be happy with online payday loans, which you