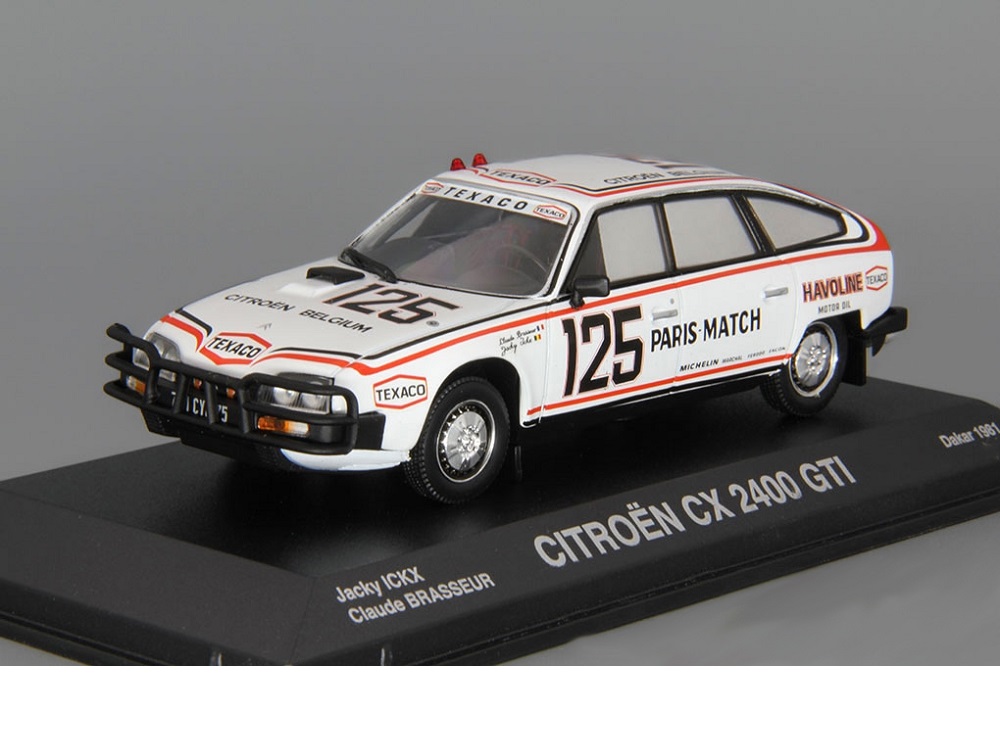 The Citroen CX was an executive car that was produced from 1974 to 1991. Over 12 lakh cars were made. Because of its aerodynamic styling, it was named CX (drag coefficient is called Cx in French). This model was a replacement for the earlier, hugely popular DS.

Several Citroen CXs with a 2.4-litre engine (2400 Gti) participated in the Paris–Dakar Rally from the beginning of the first event in 1978.

In 1981*, legendary Belgian driver Jacky (Jacques Bernard) Ickx debuted at the Paris-Dakar Rally along with French movie actor and co-pilot Claude Brasseur. This car #125, which was registered by Citroën Belgium, was sponsored by American oil giant Texaco. For Jacky Ickx, who was more famous for winning races at Le Mans^ and other F1 events, this was his first desert rally.

Though they even came first in one of the legs, the duo could not complete the race as the engine exploded during the 12th and the last stage of the rally. But this car became iconic.

Jacky Ickx returned back to win the Paris-Dakar rally two years later in 1983.