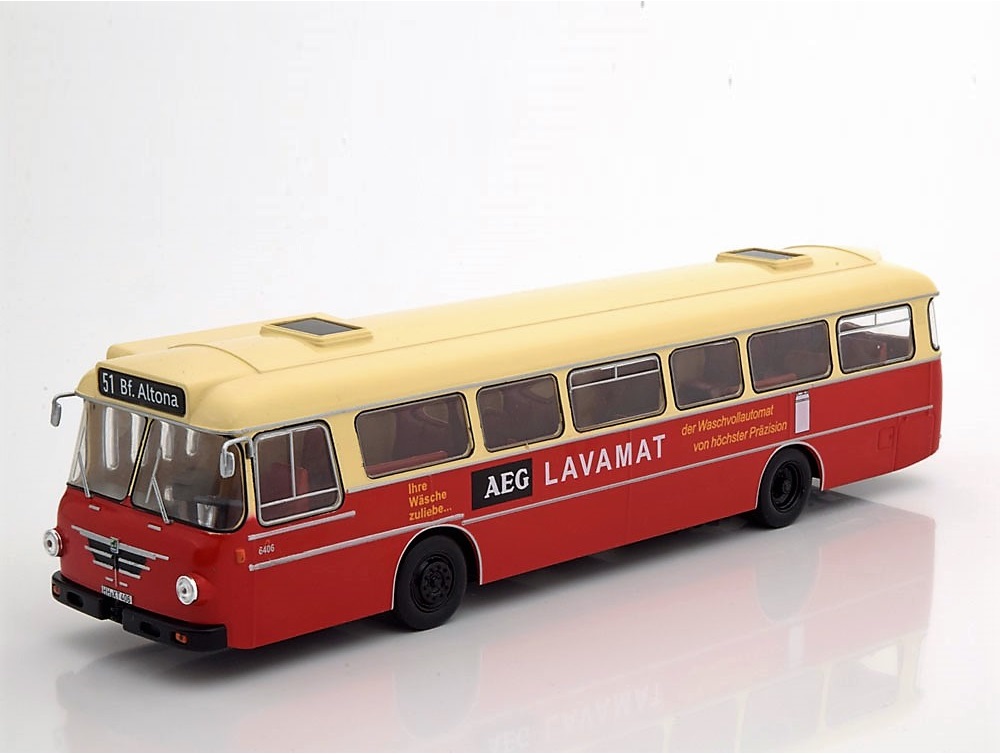 Buessing introduced a new range of bus models in 1959 with their R Series. The first model was the 11R.  Subsequent launch were models that were designated 12R, 13R and 15R. The buses further had different model names such as Konsul, Prefekt, President and Senator. At one time almost 50% of transport buses inside Germany were from this series. Some of the models from the R series continued to be used as late as until 1985.

This scale model in metal is an exact representation of a commuter model used in the city of Hamburg. The livery with the AEG (washing machine and power tools manufacturer) only adds originality to the actual model used for public transport.