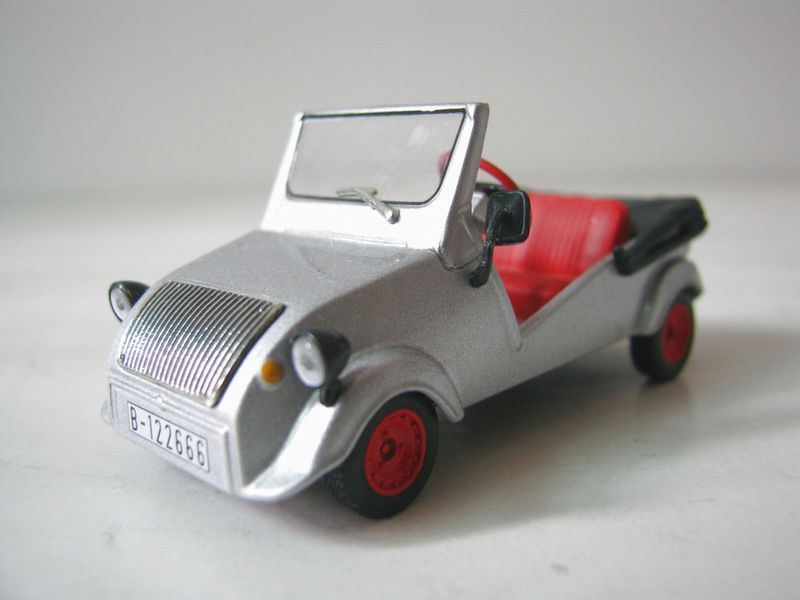 Gabriel Voisin who was a French aviation pilot first designed a micro-car in the 1920's. That car carried a 2-stroke engine but it did not really take off the ground.

Not a personality to give in, Voisin again made another attempt to make one using a 125 cc 2-stroke engine of a Gnome & Rhone (motorcycle fame) and launched his vehicle at the Paris Auto Show in 1949. and named it the Biscuter. This gamble was a success and orders soon started pouring in and over 1500 cars accepted by the engine maker who was contracted to make this model.

But Gnome & Rhone felt that beyond this figure of 1500 this microcar would not be able to book more orders and so started faltering on production. It was then a group of businessmen from Spain felt that this model would do more success in their country where its cost would be 36 month salary of an individual against the prevailing cars that cost more than 4 times.

So in 1953, they brought the rights to make them in Spain and started making them under the newly established firm called BAV (Biscuter Autonacional Voisin). Biscuter also meant bi-scooter (in Spanish) as the engine used was of a 200 cc engine of Villiers Spain (a unit of British owned Villiers Engg.) who made engines for scooters. Around 10,000 of these microcars were made.

A rare collectible microcar in 1:43.