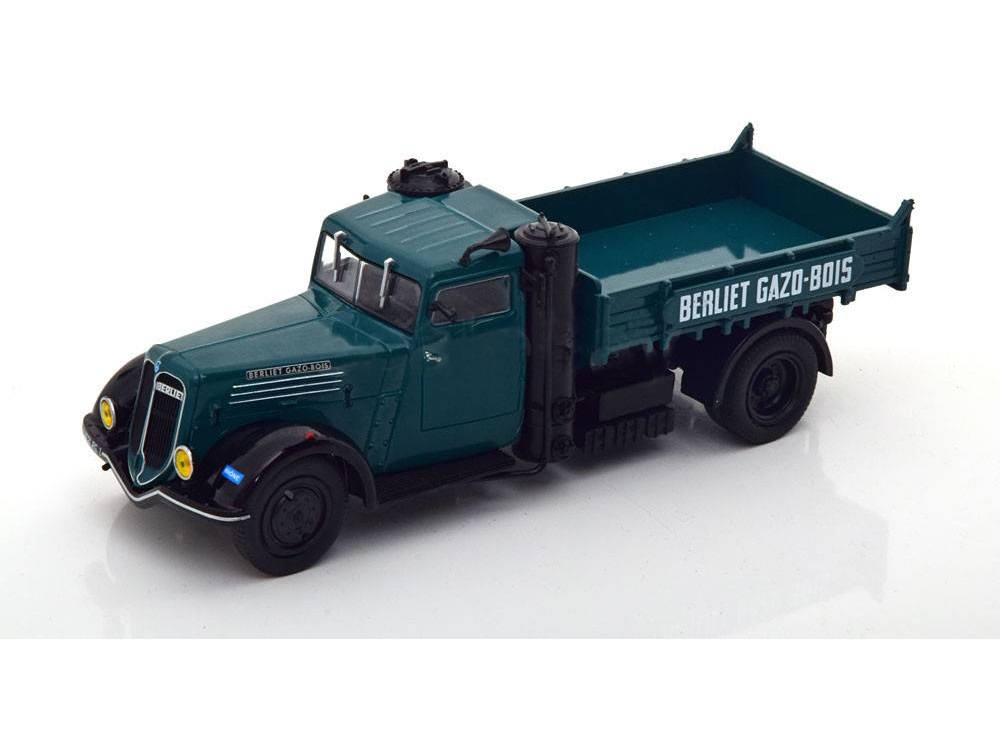 Just after the end of World War I, there was a huge shortage of petrol and oil that prompted most automotive makers in Europe to seek different alternatives. One option was the use of a gasifier that converted wood or coal into gas.

Berliet, too, experimented with the same by introducing the VDANG range of trucks with a payload of 4 to 10 tons. Their gasifier was invented by a young engineer called Imbert and patented as Système IMBERT.

After World War I, European engineers were busy looking for ways to create engines that did not rely solely on oil, which was in short supply in those post-war years. In France, Berliet, Renault, and Panhard were among the first to create vehicles with a gasogene installation, a system that, by gasifying wood, coal, or peat, made it possible to power internal combustion engines.

This scale model is a rendition of the model that was produced in 1939. Produced in limited numbers, this truck model did prove its capabilities during a few trips to North Africa and the Sahara regions.