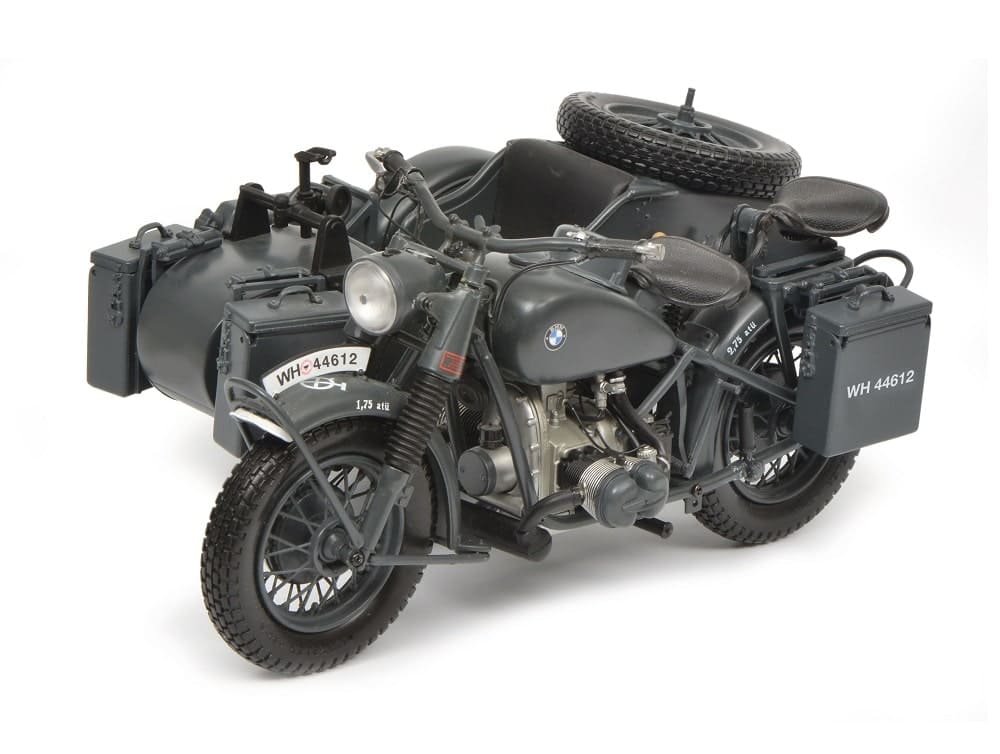 In 1937, on the instructions of the Wehrmacht or Nazi's Central Command (this Office, existed during the war years from 1935-1945), two motorcycles were specially created for the German military. One was the Zundapp KS 750 and the other is this, BMW R75.

When the first prototype was made, several elements were borrowed from BMW’s 1935 made R71 bike. By the time this new 750 cc motorbike entered final production, the engine with 25.64 hp power output was an all-new one with top speed of 95 km/hr and mileage of slightly over 15 kms, to a litre of petrol. Having a length of 2400mm, this model weighed nearly 425 kg.

While they were on the grounds in Russia and North Africa, the Wehrmacht realised that for ease in maintenance the most ideal thing would be to have mechanical parts standardised for both the Zundapp and the BMW models. And so instructions were given to the factories to jointly collaborate and achieve 70% standardisation of parts. By 1942, both the models had interchanging parts.

Since the R75 had a provision for a reverse gear, it was coupled with a Steib made side-carrier through an axle connected to the rear wheel of the R75. Steib who were then, the world’s largest maker of sidecars, developed this new model for military application. This model, 286/1 worked in tandem well with the R75 in many war theatres by going seamlessly over slushy and rough terrains.