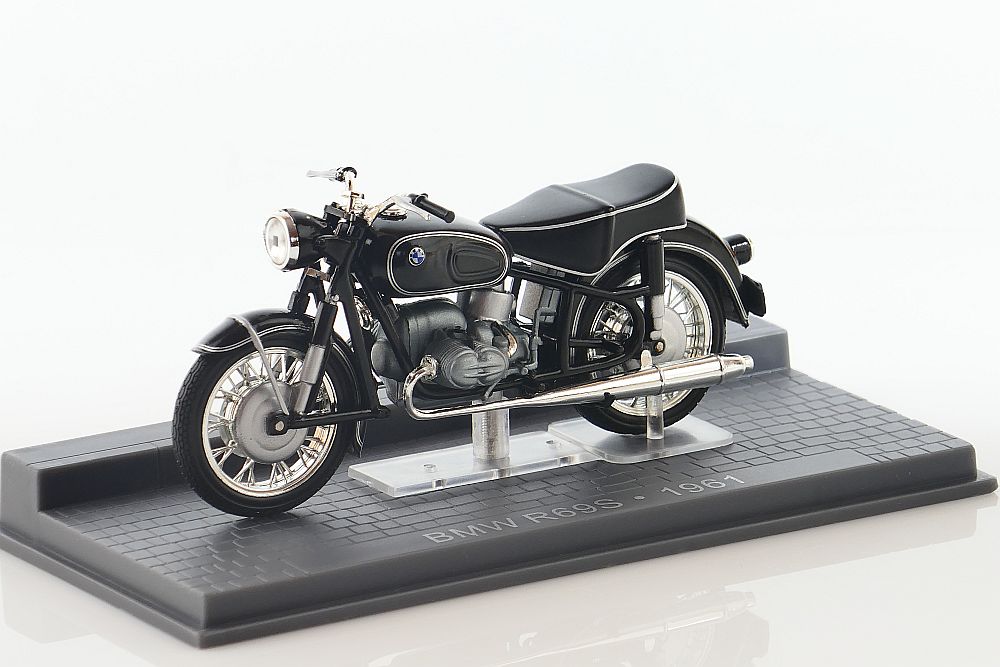 The BMW R69S was the next generation R69's that were made between 1960-1969. It had an air-cooled, 4 stroke, 594 cc, boxer twin cylinder powerplant that was coupled with a 4-speed manual transmission. It had dual seats, full fenders, dual exhaust system, laced wheels, analog speedometer and a very big headlight.

The world famous magazine Cycle World in their June issue of 1962 printed the following,

"Ask any motorcyclist what he considers to be the two-wheeled equivalent of the Rolls-Royce and you will almost certainly be told "BMW". That answer will not be too far wrong, either, except that the products coming from the Bayerische Motoren Werke (BMW) incorporate a good deal more in advanced engineering features than the famous English car.

Actually, the BMW motorcycle is more like the Mercedes than a Rolls-Royce: conservative in many respects, but quite advanced nonetheless. In any case, the BMW has attributes that make it unique, and it has acquired a reputation that makes it a "prestige" motorcycle - even among people who ordinarily don't give 2-wheelers a second glance. Whatever the BMW's merits are in a contest of speed, it is still the smoothest, best finished, quietest and cleanest motorcycle it has ever been our pleasure to ride.

To be honest, we think that anyone who would worry much over its performance-potential is a bit of a booby. The BMW R69S is fast enough to handle any encounter, and it has attributes that are, in touring, infinitely more valuable than mere speed. All things considered, if we were planning a two-wheel style tour, the BMW would have to be our choice of mount."

In 1:24 scale, this collectible is rare and will also add prestige to your collection.