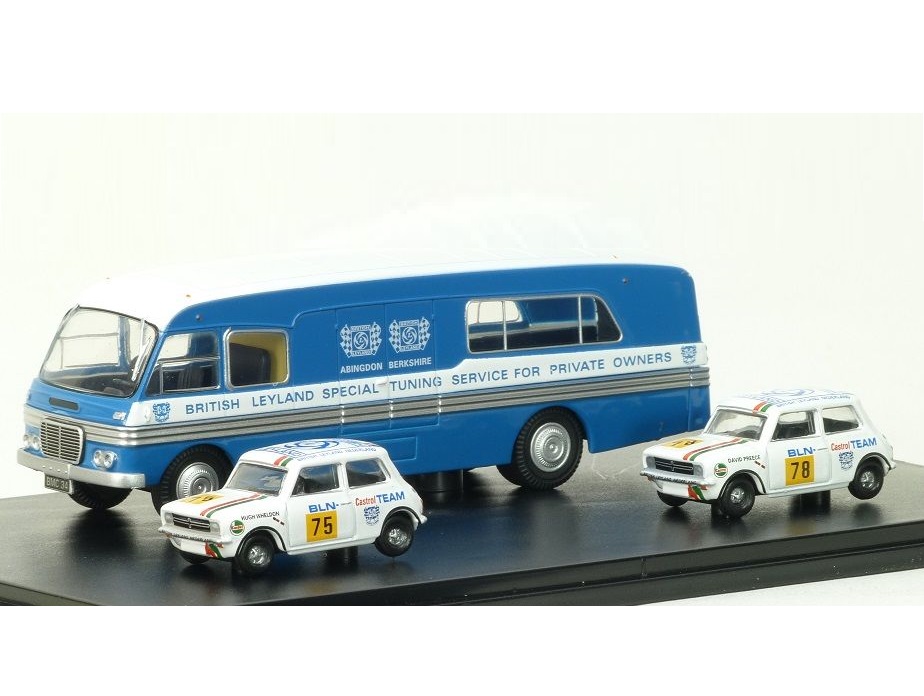 The newly formed BMC (British Motor Corporation) was the umbrella organisation for various brands including Morris, MG, Wolseley, Riley, Vanden Plas, Austin, and Austin Healey. And soon after BMC joined hands with Leyland in 1968, the overall Group strength only increased.

With several brands under its fold, it was the best time for British Racing with drivers such as Rauno Aaltonen, Timo Makinen and the Morley Brothers each riding under one of the brands. Some called it the best era of British Racing while few termed it as the golden era of car racing.

With so many activities taking place, it was the best time for formation of a new service division called the British Leyland Special Tuning. This new entity provided specialised support services for not only cars that raced under any of the company brands, but also extended their services to other drivers racing different cars.

More boxy shaped than the conventional Mini, the Mini 1275 GT carried a 1.3 litre, 4-cylinder engine and was developed for racing. Produced along with the Cooper S, they were manufactured until 1971.

This particular BMC Leyland Transporter was commissioned by another sister firm called Nuffield Exports and was built by a firm who made bus bodies for the London Transport. Marshall Motor Bodies built 6 units.

This transporter is one that was used in a race sponsored by the Netherlands subsidiary of British Leyland, along with Castrol in 1958. One of the Mini 1275 GT having # 78 was driven by David Preece while the other one # 75 was driven by Hugh Wheldon.

This 3-set piece collectible in metal is rare and will be any racing enthusiast’s pride.