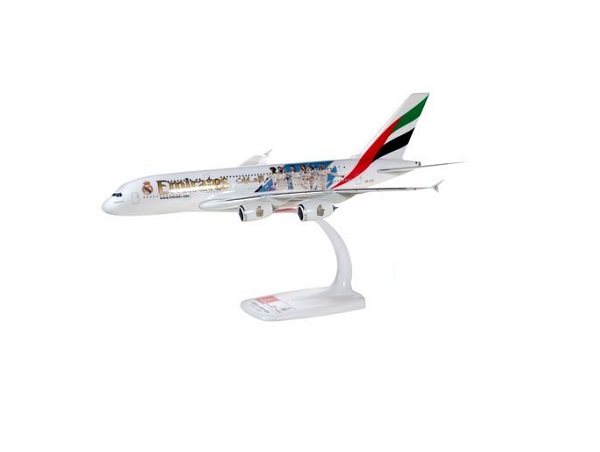 It was an attempt to end the dominance of Boeing’s 747 that prompted the management of Airbus, France, to develop the world’s largest plane, the A380, for long-haul flights of up to 14,800 km.

With a seating capacity of 853 passengers, this aircraft has a wing span of nearly 80 metres and a length span of 73 metres. With four turbofan jet engines, the customer had the option to select either the Rolls-Royce Trent 900 or a General Electric + Pratt & Whitney (Engine Alliance) GP7000.

Emirates, the Dubai-based airline firm, was the main sponsor of the Spanish football team, Real Madrid, in the year 2018. They decided to honour a few of the legends who played for the Spanish team by flying the plane from Dubai to Madrid. On each side of the aeroplane, images of Gareth Bale, Karim Benzema, Luka Modrić, Marcelo Viera and Sergio Ramos were put up.