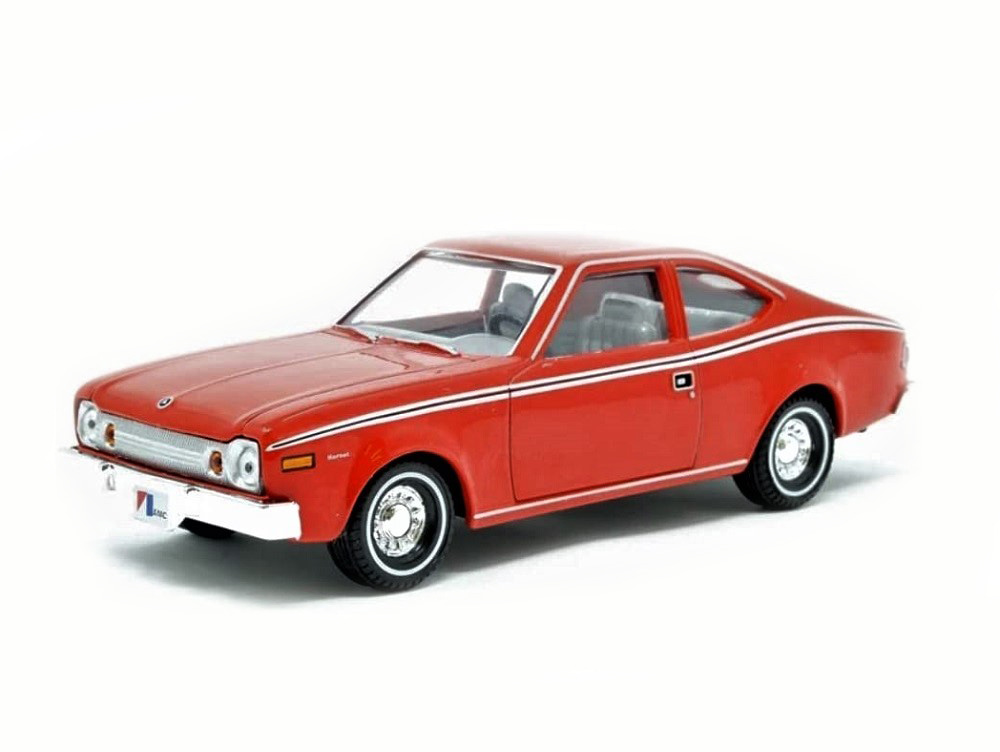 Successor to the earlier made Rambler, AMC Hornet was first produced in 1970 by American Motors Corporation. It was produced in USA, Australia, South Africa, Mexico and Costa Rica. The number of engine size options available in this car were several, based on specifications and in the country of produce - 3.3 litre, 3.8 litre, 4.1 litre, 4.6 litre, 5.0 litre and 5.9 litre.

This car model became more famous after it was seen in the James Bond movie – The Man With The Golden Gun, with Roger Moore in lead role. What is unique was the “astro-spiral jump” *, this car made during one of the acts. That one 15-seconds picture frame shot took the film crew nearly 4 months to prepare and seven jump attempts by British stuntman “Bumps” Williard. For safety, two frogmen were also placed in the water along with an ambulance, crane and an emergency crew for any rescue operation.

For the movie, this AMC Hornet was modified as per the advice given by the Cornell Aeronautical Laboratory (CAL) who used computer modeling to calculate the stunt height, weight, impact angle, speed of the car, etc.